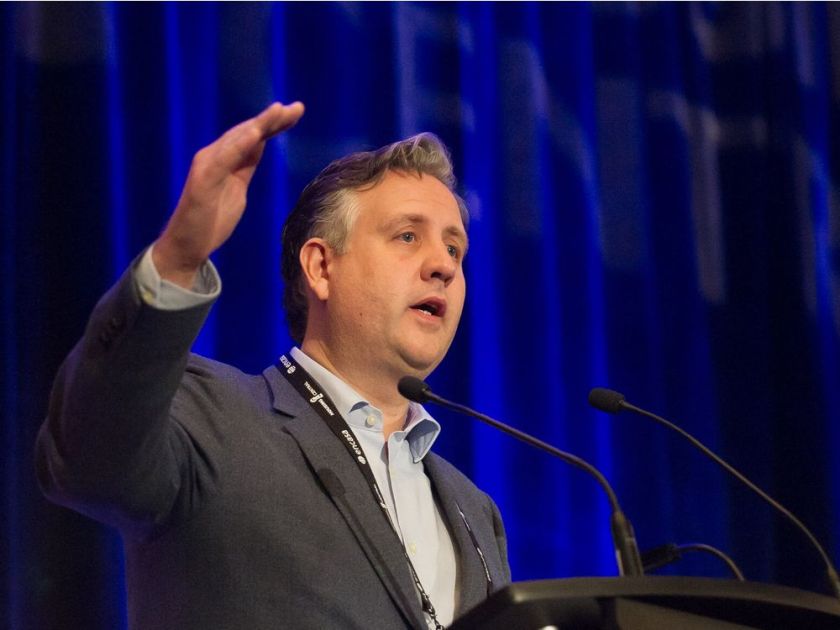 Kennedy Stewart sees co-operative and non-profit housing as the keys to an affordable future.

Kennedy Stewart has an ambitious vision for the resolution of Vancouver’s housing crisis, as described during an affordable housing conference Sunday.

The newly elected mayor told more than 1,400 housing advocates, providers and policy wonks at the Housing Central conference that he wants to see the city become a global model for housing affordability.

“You can either be globalized, and that is that these forces, these world forces that are pushing on you, determine what your city is,” he said. “Or you can be globalist … a much more hopeful way of looking at city governance, and that is, no, not only are we going to meet our challenges, but the way we meet them is going to show other cities around the world how it can be done.”

Stewart was among the half-dozen keynote speakers Sunday that included B.C. Premier John Horgan and Selina Robinson, the provincial minister of Municipal Affairs and Housing.

“We’ve gone as far as we can go in terms of having the market provide our housing here,” Stewart told attendees. He said governments now have to focus on boosting co-operative and other non-profit housing in Vancouver.

Breakout panels slated for the three-day conference indicated some of the biggest challenges in housing, including public consultation, the high cost of rent, the relative scarcity of supportive units, and inadequate supports for those aging out of care and for seniors.

Others, including Lani Brunn, focused on the enduring homelessness crisis in the region. The social and community planner presented some of the findings from a series of first-hand, in-depth interviews she conducted with women in Vancouver’s Downtown Eastside as part of her master’s studies at Simon Fraser University’s urban studies program.

In interviews with 11 women, she found many commonalities. Six were 55 years and older, five talked about mental health issues, three were in the sex trade and two women had become homeless by age 12, among other similarities.

Brunn also found some differences. She said about half of the women she spoke to desired to live outside the DTES. The other half preferred to remain in it, for the community it offered.

Brunn presented an anecdote to illustrate that point. One woman told Brunn she needed housing, but insisted that it be outside the DTES, where she feared she would return to the sex trade and to drugs. She ended up in a beautiful new building, but it was in the DTES. When Brunn later visited her at the new home it was in shambles and covered in graffiti. It looked as though the walls were caving in.

“This is what depression looks like,” the woman told Brunn. “Home is where you can sit outside without people asking about drugs or for a working girl.”

Nothing was more important than a roof over your head, Horgan told attendees.

“Housing is in a fundamental crisis at this point in time,” he said. “Whether you’re scrambling for shelter, whether you’re couch-surfing, living in your vehicle or on the mean streets of British Columbia, it is a crisis and it’s a deep crisis. It did not happen overnight and it won’t be resolved overnight. It’s not just the hard-to-house, it’s also creeping into the middle class and those with moderate incomes who are facing the crisis month-to-month.”

Robinson spoke of some of the obstacles that remained, including finding land to build on and persuading people to welcome housing developments into their communities.