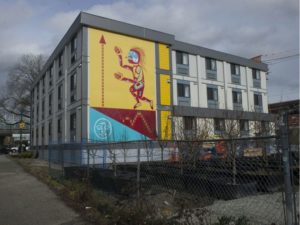 Opinion: We need tens of thousands of new homes, particularly ones affordable for low- and middle-income households, to make up for decades of neglect by all levels of government

B.C. residents face a housing crisis in every corner of the province. From Vancouver’s recent homelessness numbers that report a record number of people living on the street to recent news about five per cent month-over-month rent hikes in Metro Vancouver at a time when vacancy rates remain historically low, things are very bad and getting worse.

At the same time, British Columbians have good reason to be optimistic.

In the 18 months since Premier John Horgan’s government announced a $7-billion, 10-year provincial affordable housing plan, Victoria and local governments are making progress. In May, Housing Minister Selina Robinson said that delivery of 20,000 affordable homes was underway, with more than 12,000 of them targeted at households earning less than $70,000 a year. In our experience, government spending to address homelessness — in temporary and permanent supportive housing — has never happened quicker.

That’s a good start, but not nearly enough — and no level of government can go it alone.

We need tens of thousands of new homes, particularly homes that are affordable for low- and middle-income households, to make up for decades of neglect by all levels of government. The only way that can happen is if Ottawa steps up now with its fair share of housing dollars for B.C.

Prime Minister Justin Trudeau and his housing minister, Jean-Yves Duclos, have said repeatedly that they recognize the need for massive federal spending in housing. In late 2017, Trudeau’s government unveiled a multi-billion-dollar, 10-year national housing strategy that promised to deliver at least 55,000 new, repaired and renewed homes in B.C. by 2027.

But compared to B.C.’s housing efforts, which have already produced 2,600 homes for British Columbians in the greatest need, Ottawa’s strategy has so far failed to launch in B.C. Why is that?

From the perspective of B.C.’s community housing providers, the main challenge appears to be how the money is delivered on the ground. It is proving to be a huge challenge to co-ordinate funding programs between Ottawa and B.C. housing agencies. Yes, the new federal financing tools are having an impact, but it will take more than low-interest loans to produce the number of new homes everyone agrees are needed at rents that match incomes.

Federal investment is crucial to solving this housing crisis. B.C. has a greater need than virtually anywhere else in the country and the province can’t do it alone. We need a strong, committed and capable federal partner that understands the need for co-delivered housing programs. The Canada Mortgage and Housing Corporation already has staff in B.C. All they need is approval from Ottawa to make it happen and municipal partners ready and willing to move new housing developments more quickly through the approval process.

We’ll know it is working when the federal money results in more new affordable homes than B.C. has already committed to build. If we can get governments at all three levels building and renovating rental stock and affordable housing the way we know they can, B.C. can achieve levels of housing affordability not seen in decades.

It’s time for Trudeau and Duclos to deliver if we are to turn the page on the housing crisis. In B.C. that means increasing the capital dollars available, co-ordinating delivery with the province and dramatically speeding up the approval process.

Tens of thousands of British Columbians struggling every day to find affordable homes depend on it.

Jill Atkey is CEO of the B.C. Non-Profit Housing Association. Thom Armstrong is executive director of the Co-operative Housing Federation of B.C.