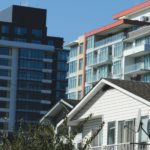 Housing advocates are watching closely in hopes whoever forms government is prepared to tackle the affordable housing crises, which is acutely impacting the North Shore’s three ridings.

According to the BC Non-Profit Housing Association, half of all rental households in the West Vancouver-Sunshine Coast-Sea to Sky Country are paying more than a third of their income on rent. In North Vancouver, the number is 46 per cent and in Burnaby North-Seymour, 42 per cent of renters are in over their heads.

“It means that other things have to go by the wayside, things like extracurricular activities for kids. You’re starting to cut back on groceries. You can only do that for so long before health and quality of life really take a big hit,” said Jill Atkey, the association’s CEO.

Atkey said she is looking for the next government to commit to increasing the supply of non-profit housing like co-ops and rent-geared-to-income units, as well as more market rentals.

The private sector largely stopped producing market rental units 40 years ago when federal tax incentives were scrapped and the feds are only now coming out of a 25-year hiatus on funding new non-profit housing, Atkey said.

“Because we’ve such limited supply, rents escalated rapidly – far more rapidly than incomes rise in most communities,” she said.

While getting more affordable housing stock may take time, Atkey is calling on the parties to commit to providing overnight relief to renters in the form of monthly rent supplements.

Burnaby North-Seymour Green Party candidate Amita Kuttner said a Green member of Parliament would push to have housing recognized by the government as a fundamental human right.

“It means that it would be the priority of the government that every single person is housed,” they said, adding that commodification of housing has been the root of the problem. “Housing is a cornerstone of affordability.”

Specifically, the Greens’ platform calls for the creation of 25,000 new affordable rental homes per year for the next decade and 15,000 rehabilitated units. That is in addition to a $750-million rent assistance fund and $750 million co-investment fund to provide low-interest loans for affordable housing. The party is also pledging to appoint a minister of housing, to oversee the National Housing Strategy, knowing every region of the country will have different needs, Kuttner said.

West Vancouver Conservative candidate Gabrielle Loren said her party has a four-point plan for housing, starting with rolling back the Liberals’ changes for mortgage stress tests, which prohibited banks from giving mortgages to people who would not otherwise qualify if interest rates were two points higher. The Tories also intend to bring back 30-year amortization mortgages.

And Loren said she is particularly excited about the Conservatives’ plan to make surplus federal land available for a mix of housing development, though there may not be much of that land in West Van, she conceded.

And while it is not the party platform, Loren said she would personally be interested in a return to providing tax incentives for developers to build purpose-built rentals, which led to an explosion of rental stock in the 1960s and ’70s.

The Conservatives, NDP and Liberals, are all promising to crackdown on money laundering in the housing market.

“We are the only one that has a bold plan to address the housing crisis immediately. It’s one thing to say you want to address and it’s another thing to follow through,” she said.

The NDP is promising half a million affordable housing units, half of which they believe can be delivered within five years. To help keep costs down for non-profits and co-ops, an NDP government would forego the GST and HST on building costs.

Bell is also proud of her party’s plan to provide rent supplements of up to $5,000 per year in relief for people in the greatest need. Her party is also pledging to bring back 30-year mortgages and double the first-time homebuyers’ tax credit, bringing it to a $1,500 rebate on the purchase of a home, as well as funding for an RCMP unit dedicated to investigating money laundering.

West Van Liberal candidate Patrick Weiler said a lot of progress is already being made under the current government’s National Housing Strategy but there is much more to be done.

“Right now we have a federal government that is back at the table when it comes to affordable housing. If I’m elected, this is going to be one of my highest priorities,” he said. “I know there are major needs throughout the riding.”

The incumbent party has committed to raising the limit for the fist-time homebuyers incentive to $789,000. The Liberals’ Canada Housing Benefit rent supplement should be in place by 2020 for the country’s approximately 300,000 lower-income renters, he said. His party also plans to implement a national speculation and vacancy tax for non-residents and foreign owners, modelled on the one B.C. already has, along with supporting provinces in setting up more transparent property registries to target money laundering.

In July, the federal government put up just over $7 million in funding for an affordable housing project operated by the Whistler Housing Authority. That kind of project should be replicated elsewhere in the riding, including in West Vancouver, Weiler said.