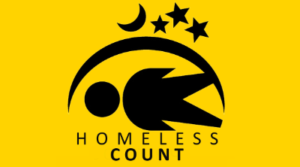 VANCOUVER, BC (August 5, 2020) – The 2020 Homeless Count in Metro Vancouver, which took place on March 3 and 4, identified 3,634 individuals as experiencing homelessness. The total number of individuals counted remained relatively consistent with the 2017 count, with an overall increase of 29 individuals from the 3,605 individuals identified in the 2017 count. Detailed data analysis is ongoing and will inform the final report, which will be released later this fall.

Of the 3,634 individuals counted 1,029 people were unsheltered and 2,605 were sheltered. Similar to the 2017 count, Extreme Weather Response (EWR) shelters were open on the night of the count. Shelter providers and community partners report that those who access EWR shelters are typically more street entrenched than those who access regular shelters and would be more likely to be unsheltered if the EWRs were not in operation, potentially resulting in a higher proportion of individuals who were reported as sheltered on the night of the count.

“The Homeless Count provides important insight into the diversity of individuals experiencing homelessness as well as the different challenges and circumstances they face,” said Lorraine Copas, Chair of the Community Advisory Board that oversees the count. “This year, we have continued to work to explore different methodologies and approaches to allow us to deepen our insight. At the same time, it is important to recognize that behind each of the statistics is someone who is living without a place that they can call their own and who deserves every chance to realize their full potential.”

The communities with the highest numbers of individuals experiencing homelessness were Vancouver (2,095), Surrey (644) and Langley (209). Surrey and Langley were among five communities that showed an increase in the number of people experiencing homelessness along with Burnaby, the North Shore and Richmond. Small decreases in the number of individuals who were reported as homeless were seen in Vancouver, the Tri-Cities, White Rock, Ridge Meadows, New Westminster and Delta.

The 2020 data shows that homelessness among young people continues to decrease, with people under 25 years of age accounting for 8% of the homeless population in 2020 compared to 16% in both 2014 and 2017. The number of seniors 55 and older continues to increase, accounting for 25% of respondents in the 2020 count compared to 23% in 2017.

Indigenous homelessness remains disproportionately high in Metro Vancouver. The 2020 count found 711 individuals who identified as Indigenous – a slight decrease of 35 individuals from the 2017 count, but at 33% (compared to 2.5% of the overall population according to the 2016 census) this group continues to be significantly overrepresented among people experiencing homelessness.

Although the City of Vancouver has collected racial identity data before, the 2020 count marks the first time that the region as a whole has included a racial identity-focused question. This question was to help inform a race-based analysis of people experiencing homelessness. The results indicate that Black people are significantly overrepresented among racialized groups experiencing homelessness, with 6% of respondents identified as Black (compared to 1.2% in the Metro Vancouver general population), followed by “Asian – South” (3%), and “Latin American” (3%). The final report will include further analysis of this data.

“These results highlight the critical importance of collecting race-based data to assist us in service delivery and policy responses,” said June Francis, Co-Chair of the Hogan’s Alley Society Board of Directors. “The data should jolt us into action to ensure that racialized communities, notably the Black community who are disproportionately represented in the Homeless Count, receive the culturally and racially appropriate programs and services to provide better pathways to well-being.”

Count organizers acknowledge the importance of creating a survey that is more inclusive of all groups experiencing homelessness and will explore ways of collecting data on these groups for future regional counts.

The full report on the 2020 Homeless Count, which will include detailed data and information on demographic profiles, sources of income, health status, the extended North Shore count and more will be released in the fall.

Point-in-time counts have been conducted in Metro Vancouver every three years since 2002 and annually in the City of Vancouver since 2010. The purpose of the count is to estimate the number of people experiencing homelessness, obtain a demographic profile of those individuals, and identify trends compared to previous counts. Governments, funders and community agencies rely on data from homeless counts to help make informed policy and program decisions.

The count takes place over a 24-hour period to provide a snapshot of individuals experiencing homelessness in 18 communities across the region, including an extended count pilot project on the North Shore. The data was collected by approximately 1,200 volunteers through surveys of people staying in shelters, transition houses, detox and other facilities on the night of March 3, and through interviews conducted on the street on March 4. As a point-in-time count, the process is known to determine a minimum number of people experiencing homelessness at a certain time.

The 2020 Homeless Count in Metro Vancouver is a community-driven initiative of the Reaching Home Designated and Indigenous Community Entity, Lu’ma Native Housing Society, in partnership with Vancity Community Foundation together with the Community Advisory Boards and the Council of Community Homelessness Tables. The count was conducted by BC Non-Profit Housing Association (BCNPHA).

The 2020 Homeless Count took place in the early stages of the COVID-19 outbreak in British Columbia. During the count period no pandemic-related restrictions were in place and the implementation process was not impacted. However, given the economic impacts and policy responses around homelessness and housing stemming from the pandemic, the count data may not reflect the current state of homelessness in the region.

This project is funded in part by the Government of Canada’s Reaching Home: Canada’s Homelessness Strategy:

The 2020 Homeless Count was made possible due to the ongoing and dedicated work of local Community Homelessness Tables and hundreds of volunteers across the region. Thank you!

Photos and video clips from the Homeless Count (March 4, 2020) are available here.

For more information or to schedule an interview please contact: