Out of the top 20 federal ridings with the worst affordability challenges, the index finds 11 of them are in Ontario while six are in British Columbia. Willowdale, in Toronto, takes the title as the federal riding with the highest proportion of renter households dealing with a crisis level of spending on rent. In that riding, nearly two-thirds (59 per cent) of all renter households spend 30 per cent or more of their income on housing, while 39 per cent allocate half or more. Neighbouring GTA ridings of Thornhill and Richmond Hill are not much better, placing second and third most unaffordable in the country. In B.C., the ridings of Vancouver Quadra and Richmond Centre are the most unaffordable in that province, as well as being among the top 10 most unaffordable ridings in Canada. Winnipeg South, Halifax, and Ville-Marie—Le Sud-Ouest—Ile-des-Soeurs in Quebec round out the top 20.

The information comes from the 2019 Canadian Rental Housing Index, a comprehensive database of rental housing statistics released today by a national partnership of housing associations, credit unions, and municipal associations. The Index uses data from the 2016 long-form census, and examines rental housing affordability and overcrowding of various demographic groups for over 800 municipalities and regions across Canada, as well as all 338 federal electoral districts.

“These numbers clearly demonstrate why Canadians and housing advocates have been calling on our political leaders to take more immediate action to address the affordability challenges impacting so many families and individuals across the country,” said Jill Atkey, CEO of BC Non-Profit Housing Association. “Whichever party forms the next government will need to increase the investments into the National Housing Strategy in order to achieve its goals before this crisis gets even worse.”

The 2019 Index is also putting a face to those most impacted by these affordability challenges such as single mothers, Indigenous renter households, new immigrants, Canadians under the age of 30, and seniors, who are all facing higher levels of overspending on rental housing than the Canadian average.

The data show that half (50 per cent) of single-mother renter households in Canada are spending over the recommended affordability benchmark of 30 per cent of income, while almost one in four (22 per cent) are in a crisis level of spending. British Columbia and Saskatchewan are the hardest hit, with 64 per cent and 61 per cent of single mother-renter households spending over the affordability benchmark, respectively. 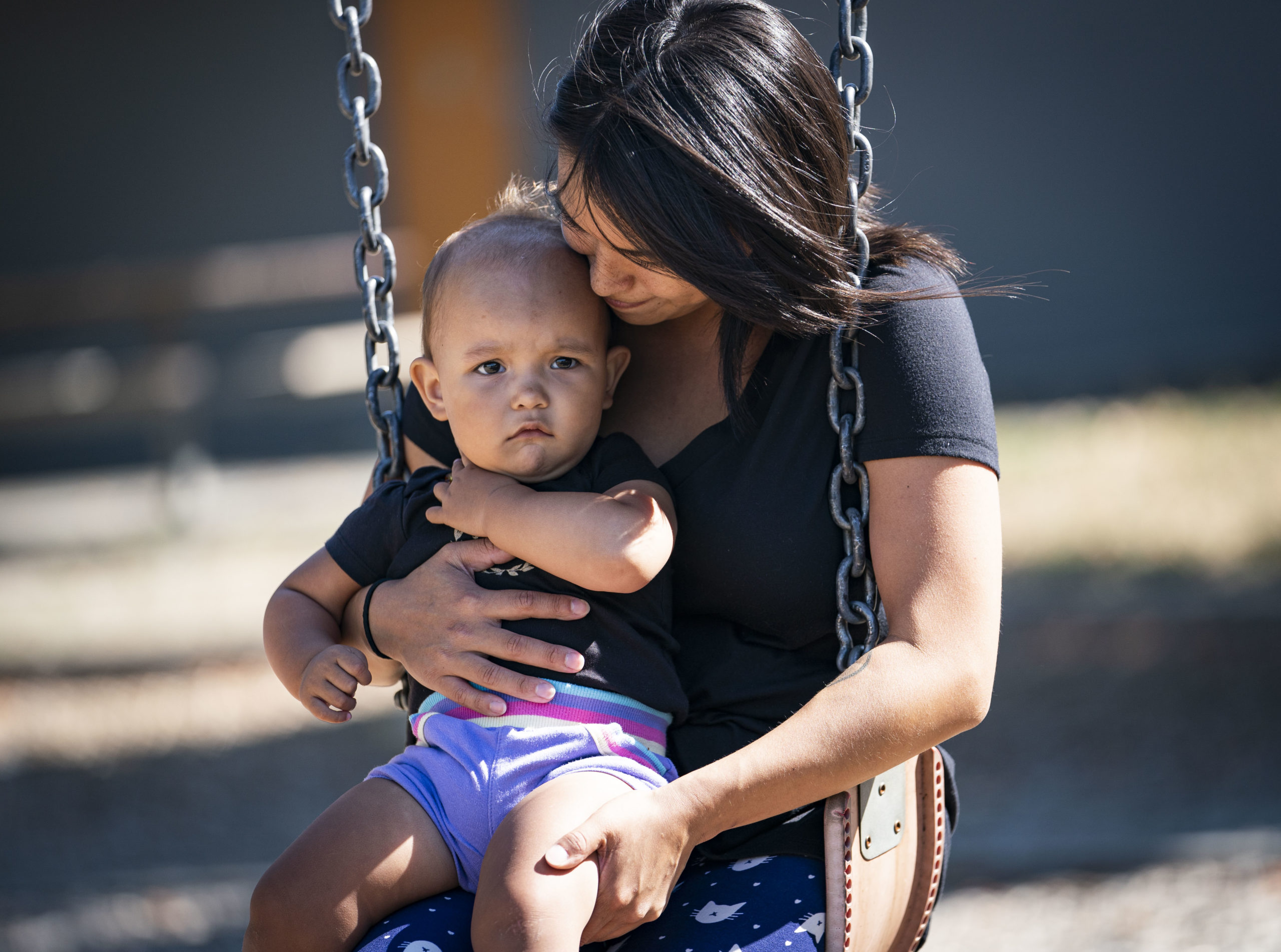 Brandi’s story is a representation of Indigenous families and individuals who are disproportionately struggling to pay rent.

“The data released today confirms what we have been telling our government for years – that Indigenous families and individuals are disproportionately struggling to pay the rent. This comes at a time when the federal government is planning to decrease investment in Urban and Rural Indigenous Housing. Whoever forms the next government needs to fix this inequity,” said Margaret Pfoh, CEO of the Aboriginal Housing Management Association.

The data also shows that of the nearly quarter-million immigrant renter households that landed in Canada between 2011-2016, nearly one-quarter (24 per cent) are at a crisis level of spending, and one in three are overcrowded, which is more than triple the Canadian average.

“The data clearly demonstrates that our political leaders have not been able to find or implement meaningful solutions to the affordable housing crisis, and Ontario now has the dubious honour of being harder hit than anywhere else in the country,” said Marlene Coffey, Executive Director of the Ontario Non-Profit Housing Association.

Other key findings of the 2019 index show that renters under the age of 30 and seniors are more likely to live in unaffordable conditions. Nearly one-quarter (23 per cent) of young renter households are at a crisis level of spending, and over half (50 per cent) of senior-led renter households spend over the recommended benchmark of 30 per cent.

“For a long time, the conversation around rental housing affordability in Canada has focused on the population as a whole, but the numbers clearly show several key, vulnerable groups are bearing the brunt of this crisis,” said Jeff Morrison, Executive Director of the Canadian Housing and Renewal Association. “We very much hope that those seeking office in this election and Canadian voters will use this opportunity to push for more immediate and substantial action on this critical issue.”

To learn more about the Index, please visit www.rentalhousingindex.ca

For further information, or to schedule an interview, please contact: