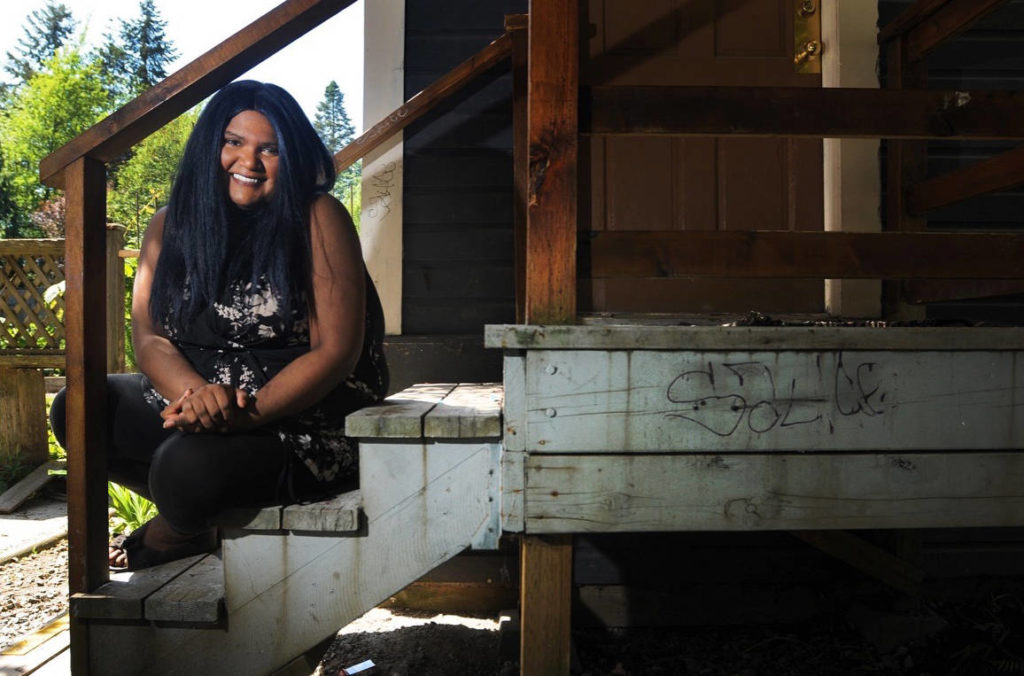 A first Youth Homeless Count across Metro Vancouver found 22 youth identifying with being homeless in Maple Ridge and Pitt Meadows.

Teesha Sharma, youth services program director at the CEED Centre Society, and who started Blue Door Youth Services, submitted surveys for 18 of the 22 youth, but suspects there are more.

“I have no doubt that it’s a low number. I would say that it is probably closer to 40,” said Sharma.

“Especially since we usually miss the couch surfing youth because those youth don’t necessarily count themselves as being homeless, even though that is being homeless.”

The homeless count was conducted by the B.C. Non-Profit Housing Association on behalf of Metro Vancouver between Apr. 4-12 to, “quantify and understand youth homelessness in the region.

“Young people have been under-represented in previous homeless counts, and this was an opportunity to test out a new, youth-specific methodology that would provide deeper insights into this most vulnerable demographic,” said Lorraine Copas, chair of the Metro Vancouver Homelessness Partnering Strategy Community Advisory Board.

Youth were counted between the ages of 13 and 17 through detailed surveys conducted at youth centres, high schools and shelters, and through a brief client spreadsheet filled out by youth service providers.

Results showed that of the total of 681 homeless youth counted, 349 were living in Vancouver, 106 in Surrey, 64 on the North Shore and 22 in Maple Ridge and Pitt Meadows.

Of the total count, 643 were individuals on their own, while 38 were accompanied by a parent or guardian.

Most respondents, 74 per cent, were couch surfing or staying in a shelter, transition home, detox centre or recovery house.

A high proportion of respondents, 42 per cent, identified as aboriginal or indigenous, and 44 per cent were female, with 26 per cent identifying as lesbian, gay, transgender, queer or two-spirit.

More than half the respondents indicated that family conflict was a reason for becoming homeless, followed by 41 per cent who listed drugs or addiction as reasons why, while 33 per cent cited challenges with mental health as a cause.

Sharma says a representative of the B.C. Non-Profit Housing Association brought an early draft of the questionnaire to Blue Door, which members edited, adding questions they thought would be more effective.

Then they made a case to the association for service providers to be able to count the youth even if they are not able to go to a magnet event, an event where the homeless are asked to attend to be counted.

“Youth that are homeless, traumatized and exploited are not going to be doing that,” explained Sharma.

“So we made the case for the fact that we need our service providers to bring those applications to the youth and then submit them using an identifying system that did not involve their names,” she said.

They also changed some of the language in the survey surrounding addiction.

“Because, the fact is that exploited youth are actually forced into addiction. But the way the report and the way it was worded before just made it sound like it was just a recreational thing that just got out of hand for all of them,” said Sharma.

Finally, they added abuse at home to the list as a reason for leaving home, “because that wasn’t on there.”

Sharma is happy that the report has created awareness around youth homelessness.

“There’s this public perception that children and youth are automatically taken care of,” she said.

Sharma would like to see a new safe house in Maple Ridge at an undisclosed location with safety measure in place that include youth not having to leave during the day. Youth should not havie to find their own way there, she said, and it should be a place they can stay for three to six months before moving on instead of seven days.

She also wants to see a place where youth can go where there is an understanding of trauma-informed practice, such as being aware of somebody’s traumatic experiences, not asking them to sit with their back to a door or a window, being aware of trigger points, not making assumptions and using appropriate language in the proper tone.

On Oct. 18 she will be travelling to Montreal to speak at the Canadian Mental Health Association’s national conference where she will be asking for a national youth safe house system to be piloted in B.C.