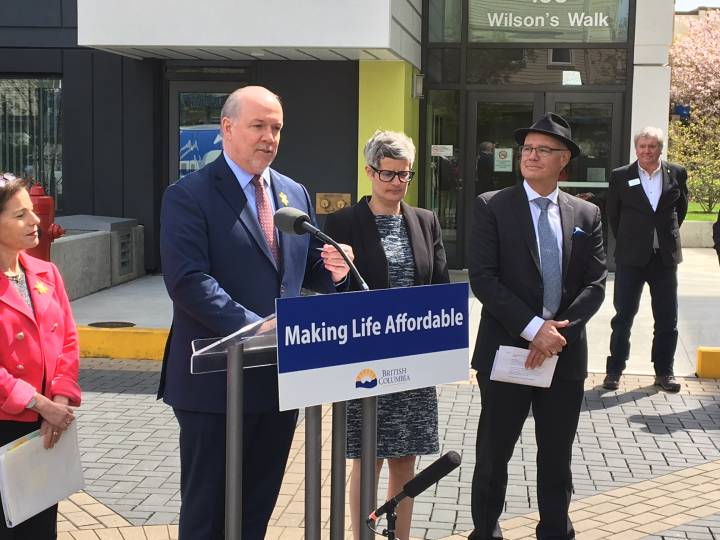 The provincial government has announced plans to fund 4,900 new affordable mixed-income rental homes. The units will be built in 42 communities across British Columbia as part of the Building BC: Community Housing Fund.

“Years of inaction on the B.C. housing crisis left families struggling to get by and unable to get ahead,” Premier John Horgan said. “These new, affordable rental homes are an important step toward addressing the housing crisis and giving families in every part of the province a break from skyrocketing housing costs.”

READ MORE: BC NDP looks to build 14,000 affordable rentals for just under $2 billion over 10 years

Building new housing was one of the NDP’s top priorities during the lead-up to last year’s provincial election. The government has promised to build more than 14,000 affordable rental homes over the next 10 years.

The projects have been approved across the province, including multiple projects in Metro Vancouver, the Capital Regional District and additional ones in Vernon, Kelowna, Nelson and many other communities.

There were 140 applications from communities to be funded as part of this first phase of construction.

The new individual buildings will contain units aimed at a mix of income levels, including homes for middle-income individuals and families, deeply subsidized rentals for seniors and others on fixed incomes, and homes for low-wage workers.

“This historic investment in the community housing sector is an investment in British Columbians struggling to find safe, secure and affordable housing,” BC Non-Profit Housing Association CEO Jill Atkey said.

“Non-profit housing partners are hard at work turning these dollars into homes and are committed to ensuring that what is affordable in our sector today, will remain affordable for generations to come.”

The new homes will be built over the next two to three years. The B.C. government will spend approximately $492 million on the new projects.

“This investment by the province is thrilling,” Victoria Mayor Lisa Helps said. “We are happy to collaborate and partner with housing providers and the school district and to put forward city-owned land to make some of these buildings a reality.