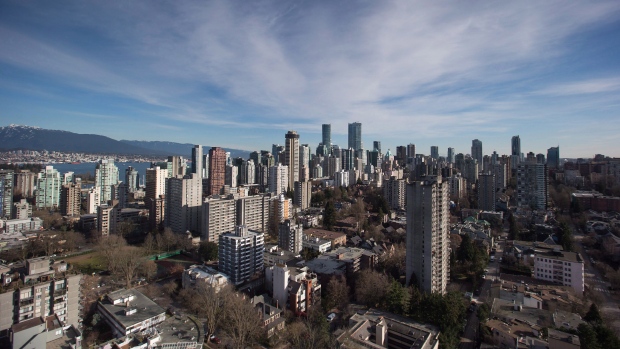 These were just two of 23 recommendations released by the RHTF Wednesday in an effort to make the rental housing system safer and fairer for the province’s 1.5 million tenants.

“We are pleased to be able to present our recommendations for consideration by government,” said Spencer Chandra Herbert, chair of the task force and MLA for Vancouver-West End, who presented the report to Housing Minister Selina Robinson.

“Premier (John) Horgan asked us to identify ways to improve security and fairness for renters and landlords throughout the province. After speaking with people in communities throughout B.C., we worked together to deliver balanced recommendations that will make our rental laws better and fairer for everyone involved.”

Other highlights from the task force’s 72-page report include increasing the availability of empty units by ending strata corporations’ ability to bar owners from renting out their properties.

When it comes to rent, the RHTF said, prices should be “tied to the renter, not the unit.”

The task force also said the Residential Tenancy Branch should record all hearings to improve fairness in the dispute resolution process between landlords and tenants.

Other recommendations focus on protecting renters when landlords decide to renovate their properties.

“If repairs are needed to maintain a rental home and the landlord is refusing to make them in a timely way, have the Residential Tenancy Branch proactively reduce the rent of affected tenants until the repairs are completed,” the report read.

According to statement that accompanied the recommendations, the task force said it travelled to 11 communities across to the province to hear from renters landlords and other stakeholders before drawing up its recommendations.

“Throughout our engagement process, we discovered that people throughout B.C., whether in bigger centres like Vancouver or Kelowna, or rural communities like Revelstoke or Salt Spring Island, have been facing challenges with the current system for too long,” said task force member and MLA Ronna-Rae Leonard.

“There are unique concerns in each community, but we feel that our recommendations will make life better for everyone.”

The BC Non-profit Housing Association commended the task force Wednesday, calling the report “a robust framework” for improving the province’s rental housing crisis.

“The recommendations strike the appropriate balance between the needs of tenants and landlords,” BCNPHA CEO Jill Atkey said in a statement. “With a severe shortage of affordable rental housing, rents have increased exponentially and we have heard too many stories of renters being taken advantage of.”

The Vancouver Tenants Union, however, expressed concern that the recommendations do not include vacancy control—the policy of limiting rent increases between tenancies.

“We urge the BC Government to implement vacancy control immediately despite today’s announcement,” the union said in a statement. “The first recommendation of the task force is to ‘Stop Renovictions’; as advocates have been emphasizing during the consultation period, the only way to really stop renovictions and increase tenant security is to remove the profit motive from evictions.”

The releases included statements from seven other organizations that hold the same stance on vacancy control, including Acorn BC, Pivot Legal Society and tenant groups from Victoria, New Westminster and Kelowna.

According to the “Rental Market Report,” vacancy rates in Metro Vancouver now sit at just one percent—less than half of the national average.

The survey found that Vancouver had the highest average monthly rent for a two-bedroom apartment in Canada last month at $1,649, followed by Toronto at $1,467 and Calgary at $1,272.

While about 800 rental units were built last year, hundreds of others have been lost – some to demolition and so-called “renovictions” and others in the form of condos being taken off the market.

Horgan campaigned on a pledge to make life easier for renters with incentives including a $400 rebate, but after a 1 ½ years in office, that promise has not materialized.

“Renting needs to be fair for both renters and for landlords. That’s why I asked the Rental Housing Task Force to examine our rental housing laws for ways to make them work better for everyone,” the premier said Wednesday.

“I’m pleased with their work and I look forward to working with the Minister of Municipal Affairs and Housing to continue addressing the housing needs of British Columbians.”

Vancouver has already taken steps at the municipal level that align with some of the task force’s suggestions.

Last week, city council unanimously approved key parts of a motion brought forward by COPE Coun. Jean Swanson aimed at protecting tenants who are forced out of their homes by landlords looking to turn a quick profit—a practice known as renoviction.

The motion included measures that will require landlords to offer displaced tenants the opportunity to move out while renovations to the property are being done without cancelling their lease or increasing the rent.

The Ministry of Municipal Affairs and Housing is set to review the task force’s recommendations in the coming weeks before it considers if and how any of them will be implemented.

The full version of the Rental Housing Task Force’s report and recommendations is available below.