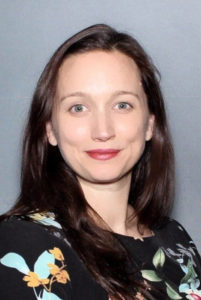 Seven new members were appointed to the board of directors for Community Living BC (CLBC), the provincial Crown corporation that supports more than 21,000 people with developmental disabilities throughout B.C.

Board members provide oversight and guidance in alignment with the Province’s goal to make B.C. a more accessible and inclusive province for people with disabilities.

“I look forward to working with the incoming board members. Their expertise and professional experience will help guide a renewed vision for CLBC over the next three years and I thank them for taking on this new role,” said Shane Simpson, Minister of Social Development and Poverty Reduction. “My thanks also go to the outgoing board members who have helped shape CLBC over the last few years. Thank you to Diane Friedman, Eileen Stewart, David Babych, David Everett, Mike Watson and Jane Holland for their advice and compassion for the important work that CLBC does for people with disabilities throughout our province.”

Julia Payson is the executive director of Canadian Mental Health Association Vernon and District Branch, where she works with a team to improve mental health for all. Previously, she was secretariat director of the Community Action Initiative and executive director of the John Howard Society of British Columbia. She is a board director for the BC Non-Profit Housing Association, where she promotes safe and affordable housing throughout the province. She has worked internationally in emergency medical aid in Sudan, Bangladesh and Papua New Guinea. Payson volunteers as a board consultant with Vantage Point and as a board development committee member for the BC SPCA. She holds a bachelor of arts from the University of British Columbia.

Board members are appointed by the Minister of Social Development and Poverty Reduction for a term of up to three years.