Retrofit Coaching in More Than a Roof Society 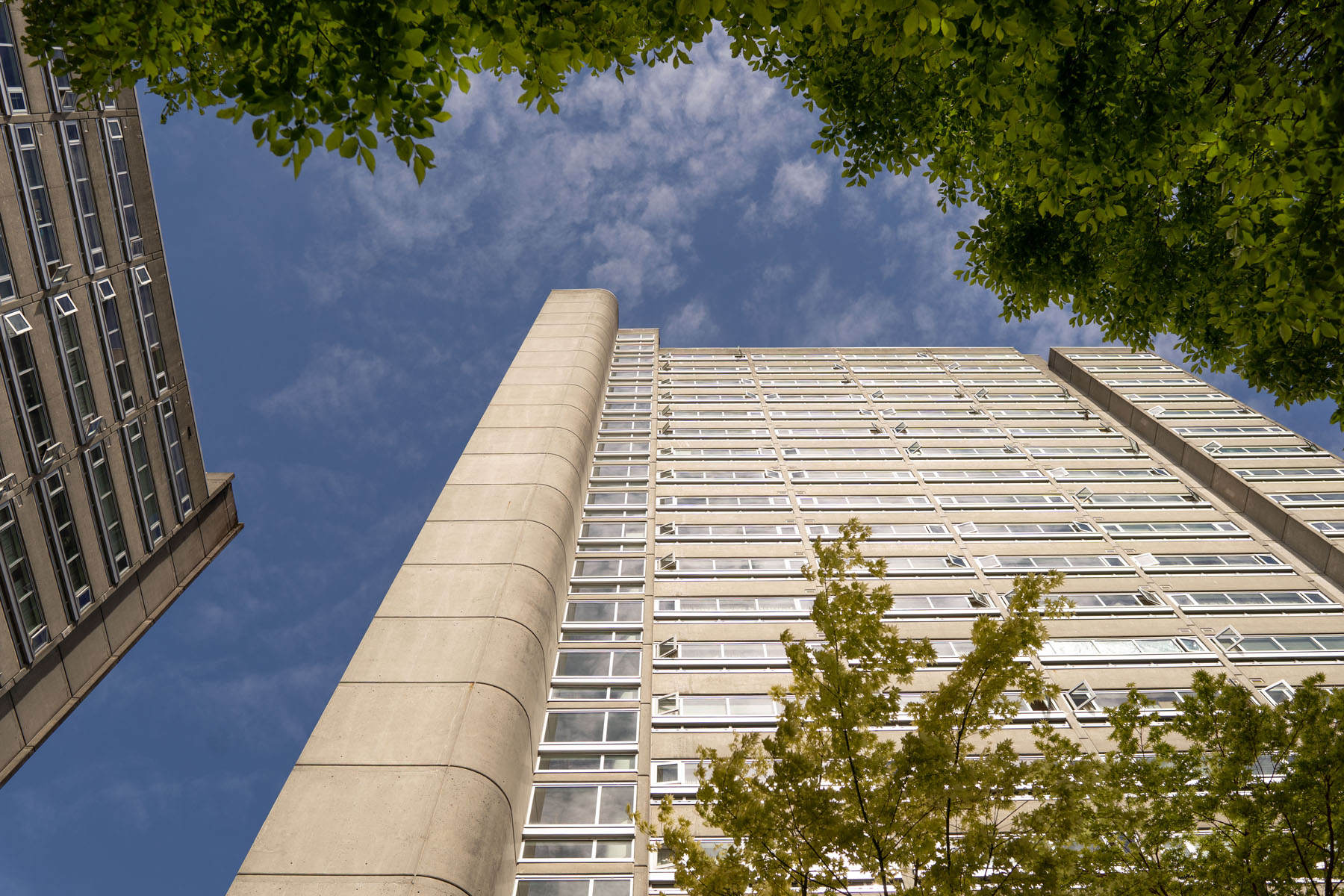 In 2018, More Than a Roof Society had Impact Engineering study its Sunset Towers facility so they could better understand the potential for building recommissioning to achieve energy savings.

The result was a 25% reduction in natural gas use and a simple payback in under two years with help from FortisBC incentives (including study and capital funding), BC Housing funding, and project support from BCNPHA.

More Than a Roof has cut its base energy use by 50% (primarily DHW) and 10% in heating-related energy use.

Sunset Towers, located in Vancouver, BC, consists of two towers (16 storey, 23 storey) covering a total of 150,000 ft2 of conditioned space. The buildings are heated by a central mechanical plant supplying hot water to radiators, to rooftop ventilation units and to heat exchangers for production of domestic hot water.

At Impact, our design philosophy is centered on uncomplicated systems, which are easy to operate and to maintain.

On our first site visit to Sunset Towers, we realized that though the main equipment was high efficiency, the complexity of the existing plant did not facilitate efficient operation.

It was also clear upon review and in speaking with the maintenance contractor that the building DDC system had failed to perform its function. As a result, manual adjustment was necessary.

The combination of these factors was preventing mechanical equipment from achieving its high efficiency potential.

The first step to unlocking the energy savings potential was the physical piping separation of DHW and space heating, eliminating a complex control valve arrangement and allowing boilers to match demand.

Rather than store DHW at continually elevated temperatures, a Cleanse Mode was programmed to allow the DHW boilers to operate in their highest efficiency range.

The DHW boiler circulation pumps were replaced with smart pumps to respond to actual DHW demand and DHW storage was reduced from (3) tanks per zone to one (1) tank per zone.

DHW recirc pumps were disabled from 11pm – 6am and only activated during operational hours when the recirc temperature drops below a setpoint.

Existing zone thermostats consisted of manual lever arm models that were inaccurate and were often set for temperatures as high as 30°C with windows left open to combat overheating.

These controls were replaced with digital battery-operated thermostats with pre-programmed temperature range limits.

Sunset Towers completed a FortisBC Custom Energy study, fully funded by FortisBC, to help identify energy efficiency upgrades. To help with the upgrades, FortisBC also provided a rebate equivalent to 29% of the total project cost. BCNPHA assisted More than a Roof through BC Housing’s EERP program, which provided a rebate equivalent 49% of the total project costs. In the end, 78% of the project cost was funded.

In the first year of operation post retrofit, Sunset Towers saved more than 4,000 GJ and over 200 tonnes of carbon emissions.

Monitoring has shown that most of these savings (almost 50%) came from the base load (primarily DHW). All the actions described above made this possible.

Additional space heating savings are possible beyond the current 8% reduction. Further optimization of the system is in the works through DDC log reviews for opportunities to match loads as closely as possible.

If your organization is looking to renovate, we can help! Learn more and contact us to get started.

Interested in affordable housing? There are many ways individuals and organizations can support the cause.

Looking for work? Our Housing Job Match site includes hundreds of employment opportunities in the non-profit housing sector right across BC.